Daily Prompt: Six of One, Half a Dozen of the Other

Write a six-word story about what you think the future holds for you, and then expand on it in a post.

If only I knew the answer!

Six words that say everything and nothing at all.  Nobody really knows what the future holds.  We are all at the mercy of fate and the powers that be.  I’m a great believer in fate, that if something is meant to happen it will and if it isn’t, well then it won’t.  I have spent a lifetime trying to make things happen, without much success it has to be said.

I had hoped that my future would be secure, with a loving husband and family around me.  Lots of lovely moments, nice things, a nice home.  You get the idea.

The reality is very far from that.  Most of my family aren’t close, either in distance or emotionally.  I haven’t seen many of them for several years.  I couldn’t honestly even tell you if half of them are still alive.  When you get to my age, they start dropping like flies.  But I’ve managed to get this far (albeit not actually very far, only in years) without them.

My husband, well, I’ve had two of those over the years and having been on my own for some 16 years, it isn’t looking likely that I’ll have that for my old age either.  My family only turned out to be the one child (and he’s awesome!) despite wanting more; the situation just never arose.  The relationship I’ve been in for almost four years now is rubbish and I’m too old for any more kids now.  Just have to wait for the grandkids… suspect I’ll have quite a wait for them too but that’s okay.  I’m not planning on going anywhere for a long time yet!

My home isn’t exactly a palace either, it’s very sparse and meagre though I’m grateful to have a roof over my head and food (cheap, value stuff) in the cupboards.

I don’t really see the future changing much, but I don’t mind that.  Better the devil you know… 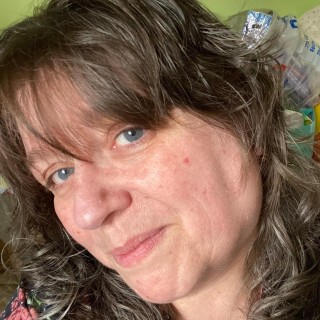 A bit of a scare

Used to be a cop once!